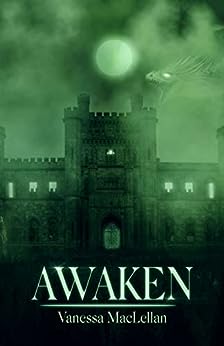 A Norse Dark Fantasy. Balin stands between two great Powers. One will shatter his mind; the other will destroy his soul. Only one of them can save his people. The Mist meets Nightmare on Elm Street in this classic tale of personal sacrifice.

One modern woman: a cynical scientist. One Old Kingdom mummy: lost and looking for his ba. One cat-headed girl: cast out from her litter. Shake, stir and you get THREE GREAT LIES, an historical fantasy. Chased through the streets of ancient Thebes by the Slave Master, Jeannette Walker seeks a way back to sanitation and refrigeration, while searching for Abayomi’s lost ba container, stolen by tomb thieves, and aiding Sanura in understanding her own inner spirit.

They come to you first in your dreams. Images losing their footholds on reality. Dripping faces. Wavery borders. Imperfect fiction. A collection of fiction focusing on mental health.

The 25 Days of Nora Nightwalker
No Sleep Podcast
January, 2021

An office drone is pushed to more than just drink. Audio only podcast. ~45 minutes.

A fantastical poem about truth and the lies people tell us, and though the truth isn't always pretty, it's the only way we can live fully. (scroll down to read my poem)

The Seam of Life and Death
Hadley Rille Books
November, 2015

Professor Aminhan Tiangco wants nothing more to make her mark in the archaeology world. An unequaled find may give her that renown, but what will she give up to achieve her goal? 6,600 words.

In a desolate world, enslaved children are forced into hard labor with no view to the outside world but the crack of sky above. Surrounding them is the cliff. 3,000 words.

In dire need of cash, the redcap, Red, applies for a Personal Assistant job. Red experiences new levels of hell of which the Nightmare Committee would have once approved, before this new era of fitting in. 3,000 words.

In an ordered, manufactured world, one individual hears the calls of wild beasts, monsters of chaos and life. A story of choice and self-awareness. 570 words.

In a fight for the future of God and the universal order, two factions of angels war. Born from prophecy, the battle takes more than its due, and both champions fall. A story of forbidden love. 1,300 words.

Please support online magazines so they can continue to support new authors.